Sadly, I’ve really been slacking on my manufactured spending this month. Here’s why:

I’m sure many of you have been there; searching for a new car, finding the one you love, purchasing it, and thoroughly enjoying your purchase. Right? I’ve owned 8 cars now (9 if you include my wife’s) and I love getting new-to-me cars! However, my second-most recent experience has been terrible. Let me explain…

My dad has purchased five cars off eBay and I’ve purchased one, without any issues. This time, though, it was quite the opposite of that. I found an Acura RDX on eBay that suited all mine and my wife’s needs, at a great price. After looking at the dealership’s reviews, I jumped on the deal. It was quite convenient, because my dad already had plans to be in the New Jersey area where the car was located. So, I called the dealership and they informed me that the car was in great condition, the fluids were brought back to stock, and it would be ready to go once we picked it up.

The day came for my dad to pick the car up, however, he wanted to test drive it beforehand. While test driving, a transmission error showed up on the nav, which was a big red flag. The dealership examined the car and said there were no issues. They said it was likely an old error, that was never cleared. My dad convinced them to give me a 30 day transmission warranty to be certain it wasn’t an issue. They hesitantly gave us the warranty, but at least we got it. So, I got a great deal, a great warranty, and a great car…I thought.

I decided to get the transmission checked out, because I could definitely feel 3rd to 4th gear slipping and I’m anything but a mechanic. My local Acura dealership confirmed my fears, the whole transmission needed to be replaced (not repaired). Ugh. Fortunately, my dad got that transmission warranty. We called the New Jersey dealership, to let them know the problem. Lo and behold, they didn’t believe us. We had Acura give us proof of the issue, however, that still didn’t sway the dealership.

Fast forward two days, the car started leaking fuel. I, again, brought it to Acura to find out a fuel injector was leaking. The Acura service tech said, he’s never seen these leak on an Acura before. This was completely unrelated, but still annoying. We continued to insist that they needed to fix the transmission, since we had a signed warranty covering it. A day later, they finally agreed to take the car back, instead of fixing the transmission.

That was shocking. What car company would ever take a car back? Ultimately, I think it was them avoiding a lawsuit, since they knew they would lose if we sued. Or it could have been that they knew the tranny was bad and they would rather return the car than pay to fix it. Either way, it was fishy. So, instead of driving it back, I decided to ship it. The shipment only took one day, which was pretty awesome, but getting my money back was a royal pain. As a note, I paid for part of it on a credit card (points!) and part with a check. They kept stalling with the money, day after day. Fortunately, my dad was in New Jersey again. He offered to drive up to the dealership (2 hours away) and pick up the check. They gave him the check, but did not refund the credit card yet. It then took 5 more days of badgering them to get the credit card refund.

During this time, I started looking for another car, since I expected to have the money much quicker than that. This time, I decided to find one locally, with a great warranty. I found a car meeting both those requirements, rather quickly actually. I named her Snow, not only because she’s white, but also after Jon Snow (I’m a huge ASOIAF fan). Here she is: 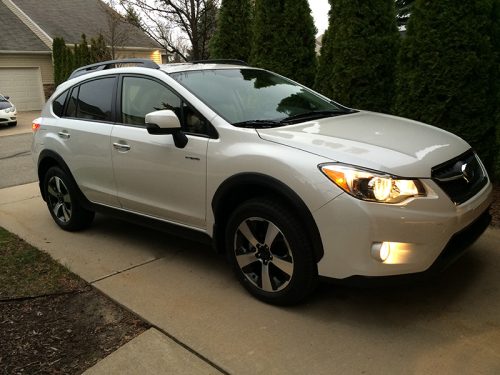 Getting a Great Price
I don’t mean to continue ranting, but this experience has been very eye-opening, so I feel I need to share. I never bought a new car before, so I was new to this. Again, my dad is a great salesman, so he knew the ins and outs of negotiating. Here’s what I learned:

What To Take Away From This

Have you had any awful experiences buying a car?

The 15 Best Ways to Save Money on Amazon

How to Stitch Multiple Award Tickets Together

How to Deal with the Annoyances of Craigslist