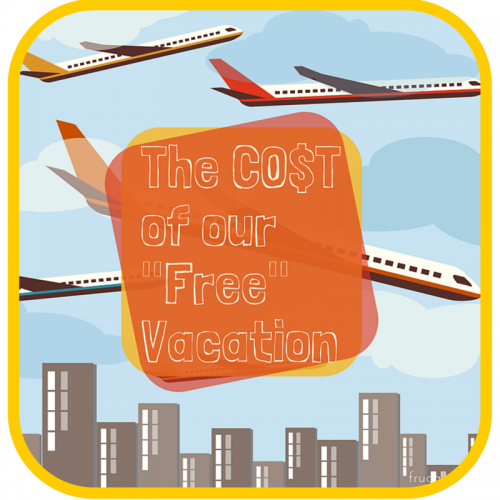 Let me start out by saying that a completely free vacation with miles, points, and credit cards is possible. Travel is Free has a series he’s working on that shows just that. However, there is one key element, that makes a free vacation possible, that I don’t have; The Barclaycard Arrival Plus.

I believe everyone in the travel world should have this card, because of how versatile it is. I would love to have one, but Barclaycard denies me every time I try signing up. Their reasoning varies, between too many recent credit card sign-ups and too many hard pulls. Hopefully, one day they become more lenient. Until then, I likely won’t have any Barclaycard credit cards.

If you don’t know what this card has to offer, here’s a quick rundown:

Disclaimer: I do not have affiliate links for any Barclaycard credit cards.

I will primarily only be talking about the cost of our travel. The cost of souvenirs, activities, and food vary drastically from person to person, so I will only be touching on those topics in hopes of giving you an idea of Australian prices.

Here is the list of what we spent and why:

Depending on where you are traveling to and what airlines you are traveling with, this will vary. However, I think we spent less flying United and American Airlines with a lot of connections, than we would have flying Virgin or Delta direct. That’s primarily due to the fact that United and AA don’t have fuel surcharges, while Virgin and Delta do.

If you are interested in checking out our point redemptions for this trip, you can do so here.

As I mentioned before, the money spent on food and souvenirs will vary tremendously from person to person. I’m only writing about our expenses, because it’s worth seeing if you have a trip to Australia planned. It will hopefully give you an idea of food and gift prices.

That cost may sound like a lot, however, it’s important to take into account that that price is for two people in Australia for two weeks. There are also unspoken savings by traveling there for two weeks. For example, our gas and electric bills are minimal for the time we were gone. We didn’t have to spend any money on groceries (at home) or gas for those two weeks. That information right there saved us about $500. When you put that all into perspective, a $3,000 Australian vacation is pretty cheap.

Australian Holiday: What Points I Used and Why

And I’m Back… Sort of