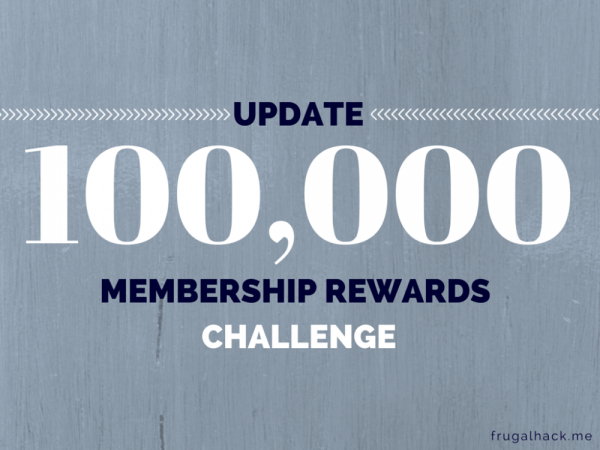 Update On My 100,000 Membership Rewards Challenge

About a month ago, I wrote a post called “What to Do with 100,000 Membership Rewards Points.” In it, I talked about my plan to only use the sign-up bonus from my American Express Platinum card (100,000 MR points) to book a business class trip for two. Well, after a few weeks of research, I finally have an update.

As a refresher, here are the requirements I had for this trip:

Thanks to the generous 40% bonus American Express offered in January, I planned on transferring my MR points to Avios (100,000 MR points = 140,000 Avios). I started out looking at Boston to Dublin on Aer Lingus which cost a total of 100,000 Avios round trip for two people in J. Unfortunately, there wasn’t any availability. 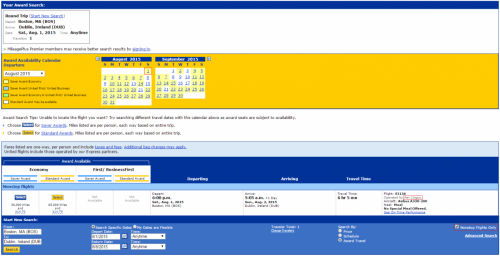 That was likely due to the popularity of that extremely cheap route. If you haven’t heard of that deal, it only costs 25k Avios RT in economy and 50k Avios RT in business, which makes it, by far, one of the cheapest flights to and from Europe. It also didn’t help that Aer Lingus stopped releasing as many award seats to British Airways as they used to.

After researching Dublin, though, I really wanted to visit the country. I mean c’mon, they shot Game of Thrones there! How cool is that? So, despite the seemingly small chance of booking that route, I still had hope (or maybe I was just crazy), because I continued checking for availability every day.

Finally, after about two weeks of that, I hit the jackpot! Aer Lingus must have decided to release a new wave of award seats, because August and September availability lit up like a Christmas tree. Pretty much every day had award seats in both economy and business! I saw this at about 10pm EST, so I had to wait until the following day to actually call British Airways and book the trip. I wasn’t too worried about the seats disappearing, though, since no one could book the award until the British Airways call center opened in the morning. Sadly, you can’t book Aer Lingus flights through BA online, otherwise I would have booked it that minute.

The next day I woke up early and made an adrenalin fueled call to British Airways to book the trip. Something about finding the award available made my adrenaline start pumping. Maybe subconsciously I thought the awards would disappear? I don’t know, but I was extremely happy to book it.

In March of 2015, Aer Lingus will be releasing their new business class which offers lie flat and massaging seats as well as a 16″ multimedia screen at every seat, among other things. They haven’t made mention of which routes will and will not get this new business class, but I don’t see a reason BOS-DUB won’t get it. It’s one of their most popular routes after all. Check it out:

With that one flight, I completed all my requirements, however, I don’t like to visit only one city or country during a vacation. I like to visit multiple. Also, I live in Michigan, so I have to find a way to Boston. Now, since I have a companion pass, my wife and I will be flying Southwest to Boston, but let’s look at the hypothetical cost.

If you didn’t already know, you can book domestic travel on American Airlines and US Airways with no fuel surcharges using British Airways Avios. Knowing that, let’s look at what flight options I have for GRR-BOS.

Obviously, GRR-PHL-BOS would be the best choice because each segment is under 650 miles, meaning each segment would only cost 4,500 Avios (or 4,000 off peak on the new chart). That would pretty much wipe out my 100,000 Membership Rewards, but the challenge would be complete. Here are the numbers:

As I mentioned above, the GRR-BOS RT is hypothetical, since we will be using our companion pass on Southwest for the domestic portion. Southwest unfortunately doesn’t show award availability for August/September yet, so the cost is still up in the air, but I estimate it will be about 25,000 Rapid Rewards points.

My wife and I have been looking at a few different cities to visit in Europe, but we settled on Dublin, Naples, and London.

Dublin, because we’re flying in there and it just looks sweet. The weather doesn’t sound amazing, but at least it won’t be freezing!

Naples, because we have family there, so we want to visit them while we are in Europe.

London, because why not? It looks like an interesting city full of things to do.

I’ve looked prices in Avios to get to and from these cities, but honestly they’re not great. Dublin to Naples via British Airways requires a stop in London to switch airports (LHR-LGW) before continuing on to Italy. So, that ends up costing 24,000 Avios and about $200 in fees for two people. The other option would be to pay for a flight on Aer Lingus, which is a direct flight from DUB-NAP. That costs $363.53, which I’m willing to pay if it means I don’t have to waste 24,000 Avios.

The flight from NAP-DUB with a stopover in LHR for a few days is the same 24,000 Avios, but there is only about $110 in fees, so we’ll probably be doing that versus paying for a $200+ flight to LHR and another ~$160 flight to DUB (for two). Of course, I’m just spitballing flight ideas, because we have about 6 months until the trip. Once it gets a little closer, I’ll actually look at booking them.

If you have any suggestions on cheap flight options inter-Europe, let me know.

A ticket for two people flying from GRR-DUB round trip in business class for the international segments and economy for the domestic segments only cost us (a hypothetical) 136,000 Avios (97,143 Membership Rewards points). That’s pretty good, especially considering this trip is possible with only one credit card, assuming you get targeted for the 100,000 point sign-up bonus.

I love this hobby!

The Battle for the Iron Throne

The Intermediate Guide to Manufactured Spending

What to Do with 100,000 Membership Rewards Points