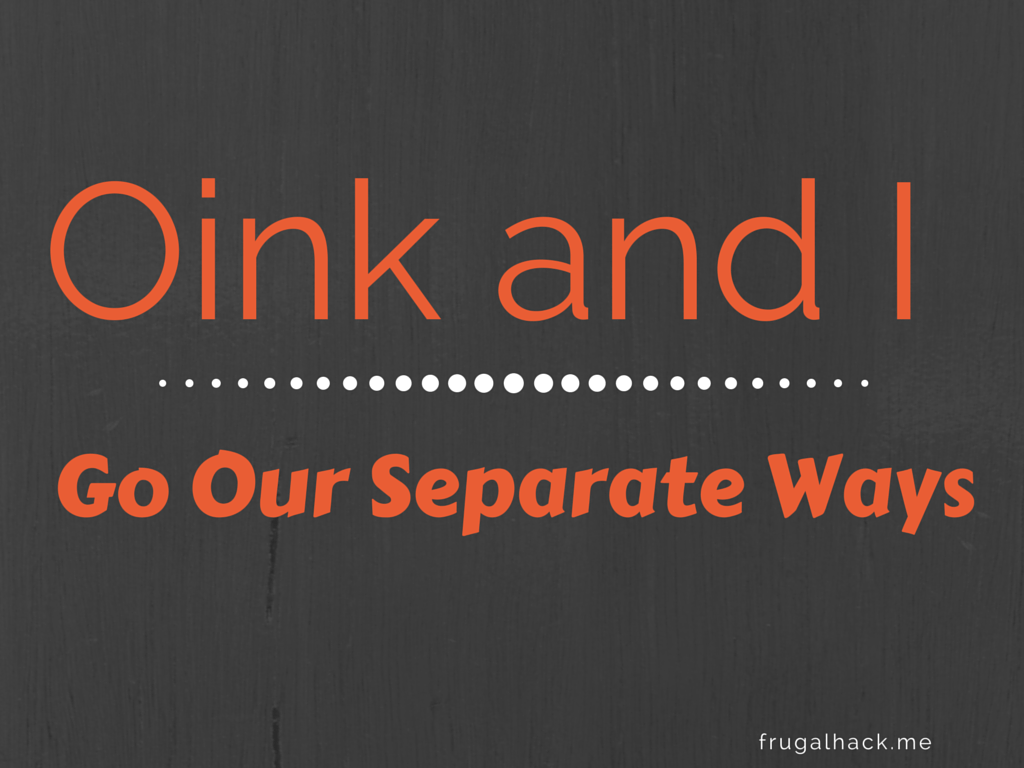 Oink and I Go Our Separate Ways

Oink has never been my favorite prepaid product. After all, what can you do with it other than use it as intended? There’s no ATM access, it’s not a debit card, and you can’t use it to purchase money orders. It’s useless for manufactured spending. What fun is that?

There was a small glimmer of hope for Oink when you could use it on Evolve Money without a fee, but Evolve quickly shut that door within the week. Now, Oink has nothing to offer the this community other than cheap credit card loads, but without an easy way to unload what’s the point? And even if you did find some sort of obscure use for this card, you’d be shut down.

At least, that’s what happened to me… 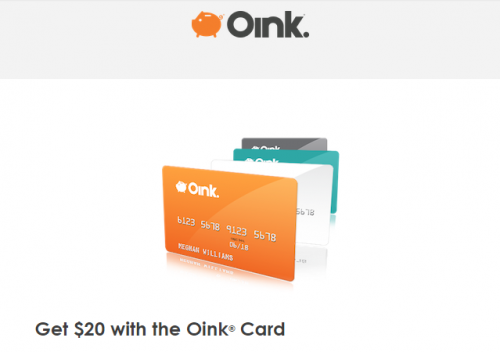 My relationship with Oink started months ago when they first announced that they would be coming out with a prepaid product. When that announcement went public, so did their incomplete website which was just a disaster. I spent far more time trying to sign-up for that card than I care to admit. Finally, I gave up my blind efforts and emailed support, but they weren’t much help. They basically just shoved it off as a glitch and sent me on my way.

That experience left a sour taste in my mouth, so I marked it down as another failed product (in terms of MS ability) and moved on.

A few months later, after I completely forgot about the card, I saw a news article that Oink released a new prepaid product. This intrigued me, as does every new MS opportunity. So, I headed over to their website and tried logging in with my previously failed account. It worked! And within minutes my new Oink card was enroute to my house.

Once I actually received the card, I ran some tests to see what it meant for the MS community, but they all pretty much failed except for Evolve. That was the one saving grace of this card. The fact that it could be loaded without a fee (at the time) and unloaded without a fee (at the time) gave this card a lot of potential. However, that potential went downhill quickly.

The next week, Evolve decided to start charging 3% processing fees on all non-major debit cards, prepaid cards, and gift cards. It was a huge blow considering that Evolve used to be very friendly to those payment methods.

Anyway, a day or two before Evolve made that change, I ran $500 through their system leaving only $68 and some change on my Oink card for future experiments. That was the only transaction, other than my initial three credit card loads, that I did with Oink. Those few transactions, though, must have triggered Oink’s fraud department because they shut me down after that.

At the time, I had no idea my account was closed. After I emptied most of the money out of it, I didn’t touch it for about two weeks. The day I finally did decide to log in, I couldn’t. I contacted support to see what was going on and all they told was was that they were holding my funds “because of suspicious activity on the account.” o.O

Uh oh… As soon as I heard that, I knew I was going to have to fight for my money. Fortunately, I only had about $68 in the account. If I lost that money, it wouldn’t be the end of the world, but the fact that they were holding my money struck a nerve. I immediately sent an email back to them demanding that they release my funds, but it went unanswered.

A week later, after I remembered that Oink was holding my money, I sent them another email. As you can tell, I wasn’t too concerned about that money. I knew it would get back to me at some point, but for this blog’s sake, I demanded that they return my money or I would open a case with the CF and FDIC.

Not even a day later, I received a response that my money would be refunded that day. Fast forward two days, I saw a notification on BillGuard that $68.XX had been refunded to my credit card.

If you have an open Oink account, be warned that your money may get held up if you are loading/spending hundreds of dollars. That is, if you even use the account anymore. If you don’t have an Oink account currently, you can sign-up for one here. After all, they are still offering a $20 sign-up bonus!

We Need Your Help #FightForEzra